Many a fishing report includes a geographic play of where the stripers are, sadly followed by the reports that, the stripers are at the bottom if you can get through the blues. While I love me some stripers, my adrenaline pumps for the fight of a blue. Soon the blues will be filling up our waterways until the fall. Read on, reader, to find out how to catch a bluefish.

First, a little blue-ology. Bluefish are a bottomless pit of burning hunger, consuming up to twice their weight in baitfish every day. They are the only member of the Pomatomidae family, the Pomatomus saltatrix, or bluefish, has a reputation for being the hardest fighter of any fish its size. The word â€˜saltatrixâ€™ means â€˜leaper.â€™ And â€“ they l-e-a-p, leap. A bluefish may dive into the depths, speedily wiz across a sand flat or jump clear out of the surface. It is strong enough to shake its head hard enough to throw a 6-ounce lead jig right back at the angler. Headâ€™s up!

Bluefish often feed in large pods that gorge on schools of bait. When in a feeding frenzy, these voracious choppers will bite anything in their path, including floating soda cans and their own young. When a â€œblitz,â€ as this frenzy is know, occurs, a blue will hit almost anything. A soda can, a silver spoon, a sparkly diamond on a womanâ€™s hand â€¦ On some occasions, they have even attacked swimmers.Â Here is the first of some valuable info on catching a blue: Make sure to use a heavy mono or wire leader. These fish have razor sharp teeth that will make cole slaw out of 10 – 15 lb mono or – your hand. Cuidado when getting the hook out of the fish. (It’s best to use pliers or some type of hook remover.)

On to bluefish fishing methods â€¦
1. Chum, chum, chum, chum, CHUM! Chumming from an anchored boat is the most time honored way to fish for blues. Pay out bunker chum to attract fish while dropping pieces of cut bunker on your hook.
2. Whatâ€™s my m*&%er f@#$ing name? Jigg-ah! Jigging for blues is most effective when there is a large body of fish concentrated in one specific area. Diamond jigs tipped with surgical tubes are dropped to the bottom and reeled up quickly. They can be bounced off the bottom as well. Find out at what depth the blues are picking up the jigs and concentrate your jigging at that depth. Larger fish will be underneath the smaller ones or at the very edge of the school.
3. More on jigging tactics â€¦ Some anglers tie 40 inches of 80-pound-test monofilament abrasion leader to their jigs. This setup handles the bluefish on the hook as well as other fish that graze the leader while swiping at the lure. When fishing diamond jigs, it helps to change treble hooks to singles to make unhooking blues simpler and safer, for your hand and the fishâ€™s life. (I often will use a circle hook.) The rod types recommended are medium to medium-heavy action, fast taper, 6-foot graphite boat rods fitted with a medium conventional levelwind reel. The reels should be loaded with 30-pound-test superbraid.
4. The secret bunker. Another popular technique of fishing for blues is using bunker or even mackerel. Bunker is an extremely valuable commercial species. They are the primary forage species for striped bass and bluefish in the Northeast. Bunker 12 to 18 inches long. They are easy to find – massive schools dimple the surface in estuaries of southern New England, and many an angler can even smell the bunker by their oil. Bunker looks a large, deep-bodied herring or shad can be snagged with a big treble hook and spin-casting outfit. After snagging, cut the bunker into chunks; they make excellent bluefish bait. Some of the biggest blues are caught on bunker.

5. Trolling. Trolling tubes, jigs, bunker spoons, plugs and umbrella rigs work fine. This is a highly effective method for locating the blues. Some anglers will first, troll to locate the fish and then anchor or drift in the area with bait. To keep your trolling lures down at the right depth it is necessary to troll with heavy drail sinkers and wire line. Wire line trolling is the most effective. Some anglers also use down riggers.Pick your poison; I gave you lots of methods. You want more? You want to score the big blue? Get out there and fish.Â

Here are some spots around Ocean City reported to be good for catching bluefish: 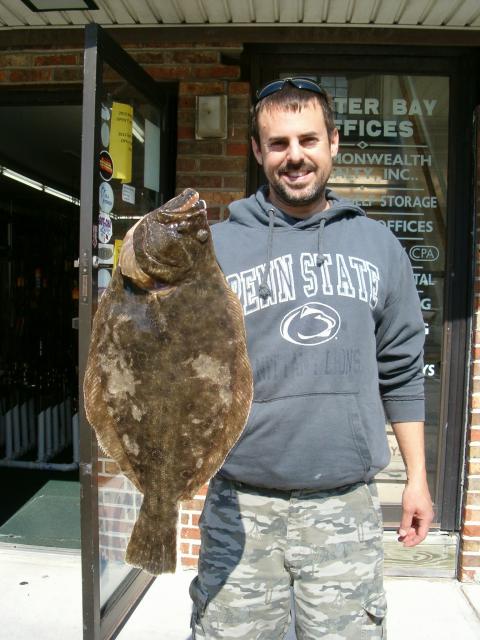 WEEKLY “Gone Fishing” AT THE BEACH by Sue Foster 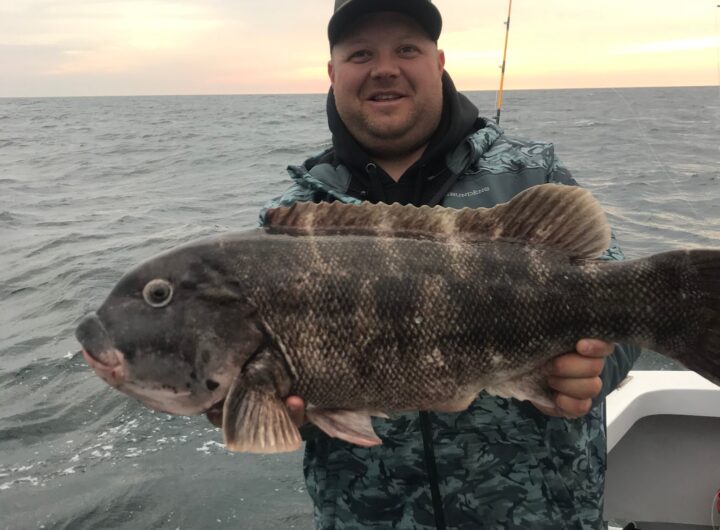 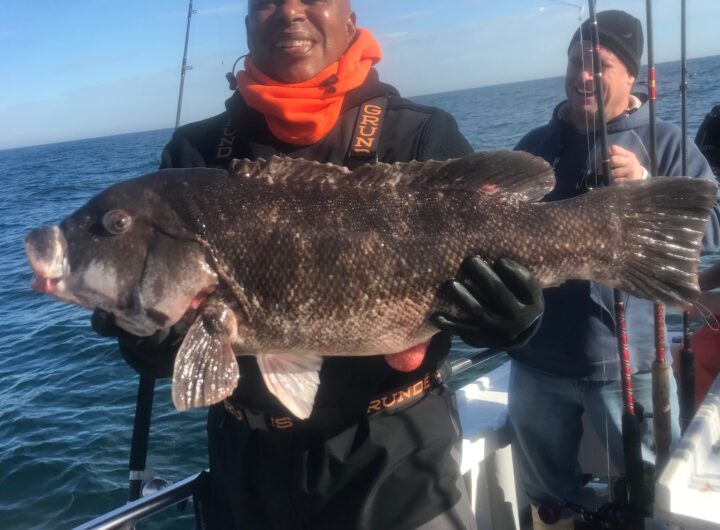 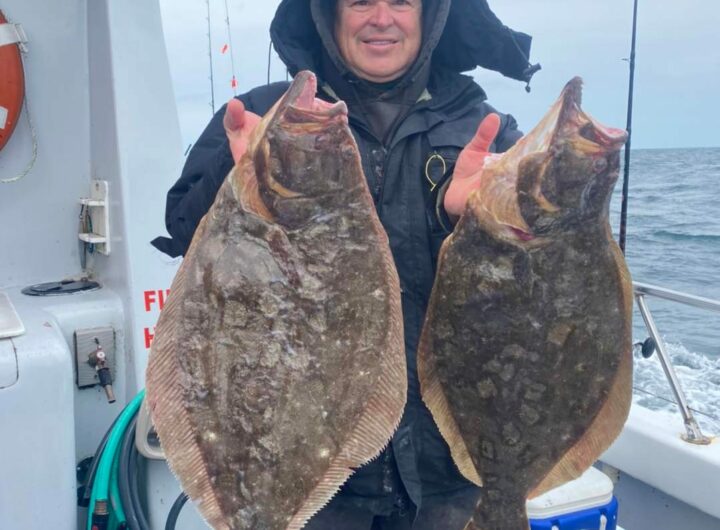 Bass were a little picky first thing, got better as the day went on. Also had f… 1 min read

Bass were a little picky first thing, got better as the day went on. Also had f…