Fourteen volunteers plus 4 in crew loaded the Morning Star with 47 reef pyramids and 51 blocks. We built the Virginia Lee Hawkins Memorial Reef in one trip.. Well, got a great start anyway!
Pushed my block count past 31,000 too.
After our reef deployment I took em all mahi fishing. Vinny was high-hook with 8.
Aside from today’s volunteers, (far more than I’d dared dream) plus all OCRF’s sponsors; today’s reef run could not have happened without Atlantic Concrete in Dagsboro DE & Bear Concrete in Bear DE. They’ve been making pyramids all summer long, often in a terrible heat.
From a backyard-built prototype mold in late summer 2019, we now have pyramid molds in two cement plants and another soon. They’re super-simple to assemble & fill. That’s important – if there’s any fiscal burden at all to a busy cement plant, their waste concrete will continue getting washed onto the ground instead of run into a mold. As new molds sloooowly come in, we put them to work.
The idea is to use lost cement—waste an everyday event for manufacturers—and turn that wash-out waste into coral reef substrate.
The more molds we have, the more lost product we can capture. I really don’t see an end to it. If you draw an arc around Ocean City MD at 75 miles, another at 150 etc, you’ll keep finding cement plants of one sort or another. We’ll ask them to work with us. Surely not all will participate. There’s no money exchanged, just an Outback Steakhouse gift card now and again for the guys sweating in hot sun.
Consider the economy: If we had to send a semi to WV for a flatbed load of pyramids 4 times a year – it would be well worth it.
Lots and lots of cement plants closer.
I also see hiring a local commercial fishing boat (such as the Seaborn) to take 50 or more pyramids at a time; take pyramids out to a two-anchor mooring. After deployment, move one anchor and do another run. Assuming a steady flow of pyramids, it won’t be long before we’ve built some large reefs off Ocean City with these pyramids, and at very low cost.
Coming soon I have more news – Big News – for reef supporters.
See below for Volunteer list and Block/Pyramid tallies..
Twenty-twenty might be one of the most despised years in US & world history: it’s going to be a great year for reef building off the Maryland Coast though!
Cheers!
Monty 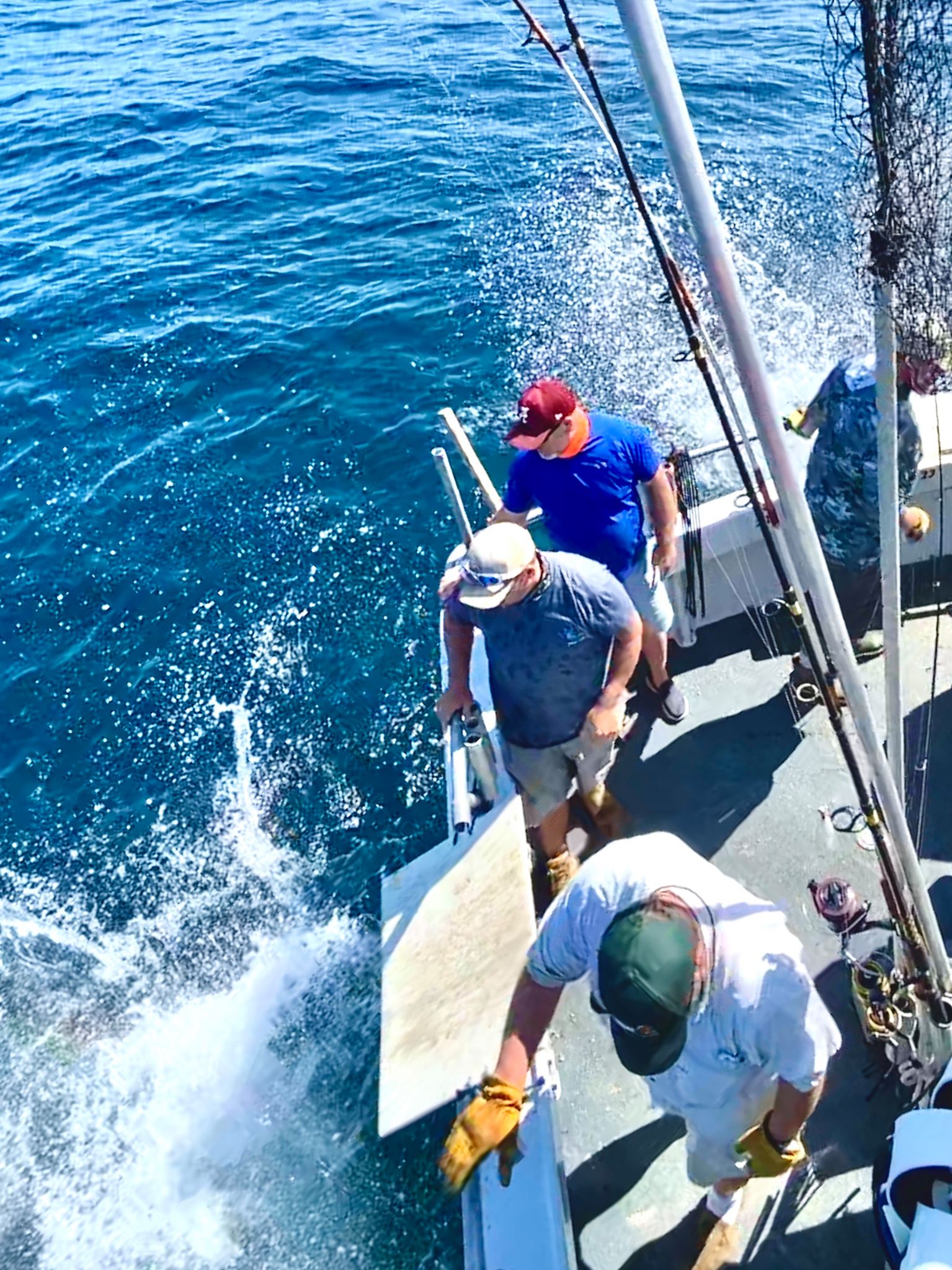 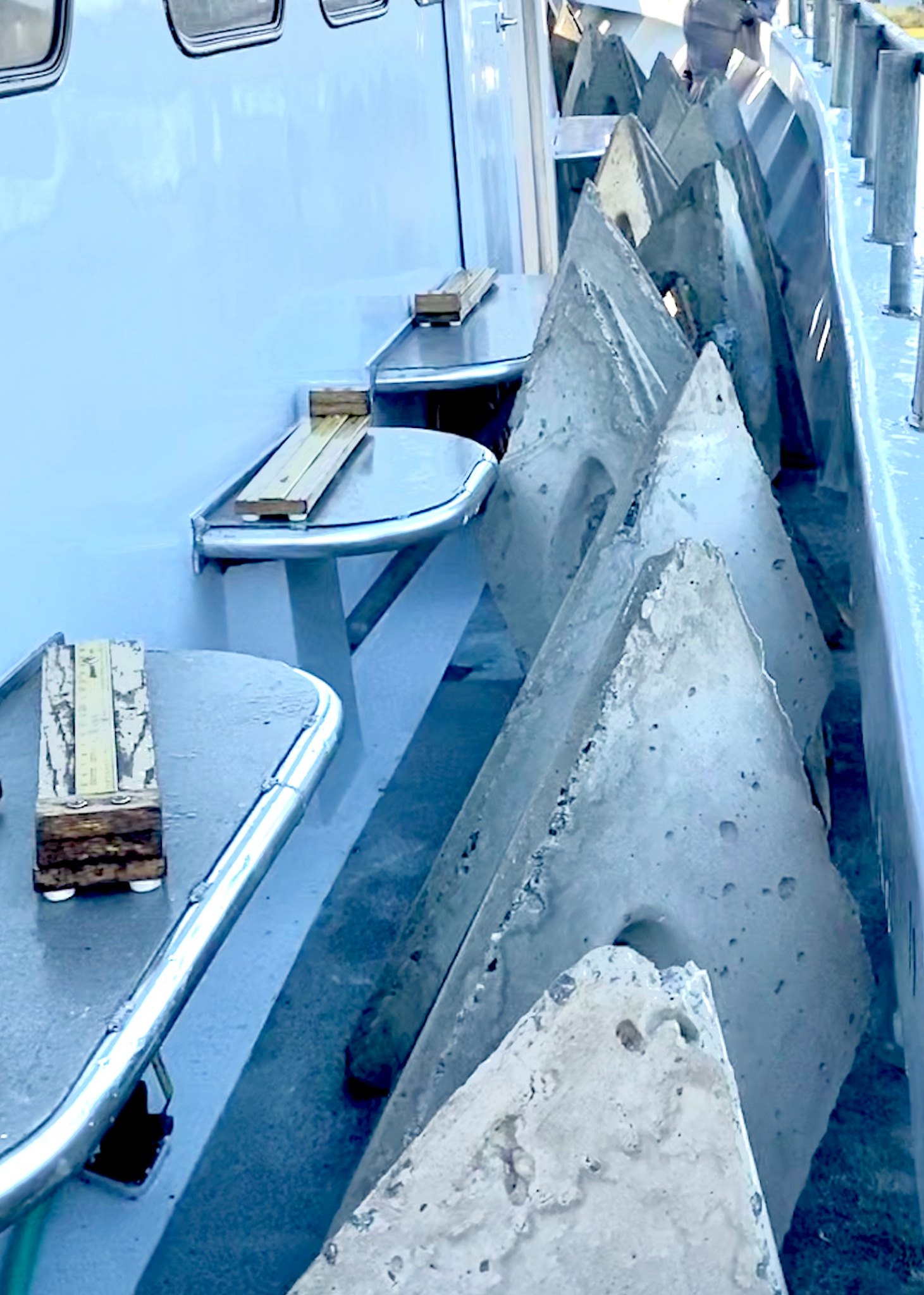