High summer past it’s mark, you can feel the change coming. Ocean always takes a while longer though. Our waters are as clear as I’ve seen since I was in my early 20s. It’s been a very long time, for instance, since I’ve seen mahi (dolphinfish) in this close to shore. We didn’t have but little peanuts; clients sure like catching them though. Usually they’d be at the 30 fathom line and beyond.
It remains this season’s been the best sea bassing since 2002. Fishing began today soon after Ms Chris pushed reef block #31,036 over. Had an interesting mixed bag right out of the gate when Zig caught a Ribbonfish, then James & Helmut from Georgia boated a giant lookdown – Georgia boys also limited on sea bass. Dan Parsons of Salisbury took our sea bass pool.
Focused on our excellent sea bass fishing, I’ve not done as much with fluke as some of the fellows have. Today, however, Zig limited out on flounder. Several others did quite well too. You’d think Zig would have let a few more slip past so Flounder George could have a box full on his 75th Birthday.. Naw!
We also had a few small ribbonfish; not as bright as cutlassfish who’s skin resembles a polished stainless mirror, they sure are interesting looking. I hear tell they’re excellent eating..
A mixed bag today then.
Nice.
Makes me wonder what a restored ocean will look like..
Late summers of my youth I’d hear old-timers’ tales about dolphin fishing just 4 or 5 miles out. Captains Ward Brex & Orie Bunting often told me tales of stopping at Fenwick Shoal or Great Gull Shoal buoys (barely 5 miles out) with their partyboat while carrying a fair number of clients and bailing dolphin — what we now call mahi-mahi because restaurants got tired of explaining, “No, not Flipper, the fish..”
I’ve seen mahi way inshore myself, even at Little Gull buoy 3 miles off in the 1990s, but that was a one-off occurrence. In the 1950s/60s they knew it was going to happen..
If this summer’s clear waters are at all influenced by our region’s few successful oyster restorations in the Chesapeake, I’d be surprised.
It is coming though. We KNOW how to rebuild huge oyster bars – the reefs once able to strain/filter all of the Chesapeake in a day or two.
Today algae hold the upper hand. That’s why our marine waters are no longer blue. We’ve gone from ‘deep blue sea’ barely 5 miles out, to ‘pea green soup’ even 50 miles out at times.
Given oyster restoration in grand scale, water quality is repairable—We can make it blue again.
If the next generation of partyboat skippers sell mahi trips knowing they’ll only have to run 10 miles or so, and charter skippers down the dock know they can put a few white marlin in the air running to Jackspot 20 miles off; it’ll be because oyster restorationists in Chesapeake & DE Bays got funded and built rock reefs in industrial scale.
Ah well.. Just because it’s 100% doable does not mean it’ll get done. Would create a lot of jobs in the building; sell a lot of quarry stone too. And, with oysters’ ecosystem functions restored, waterfronts & fish houses throughout the Mid-Atlantic would bustle.
Be a great day.
Cheers
Monty 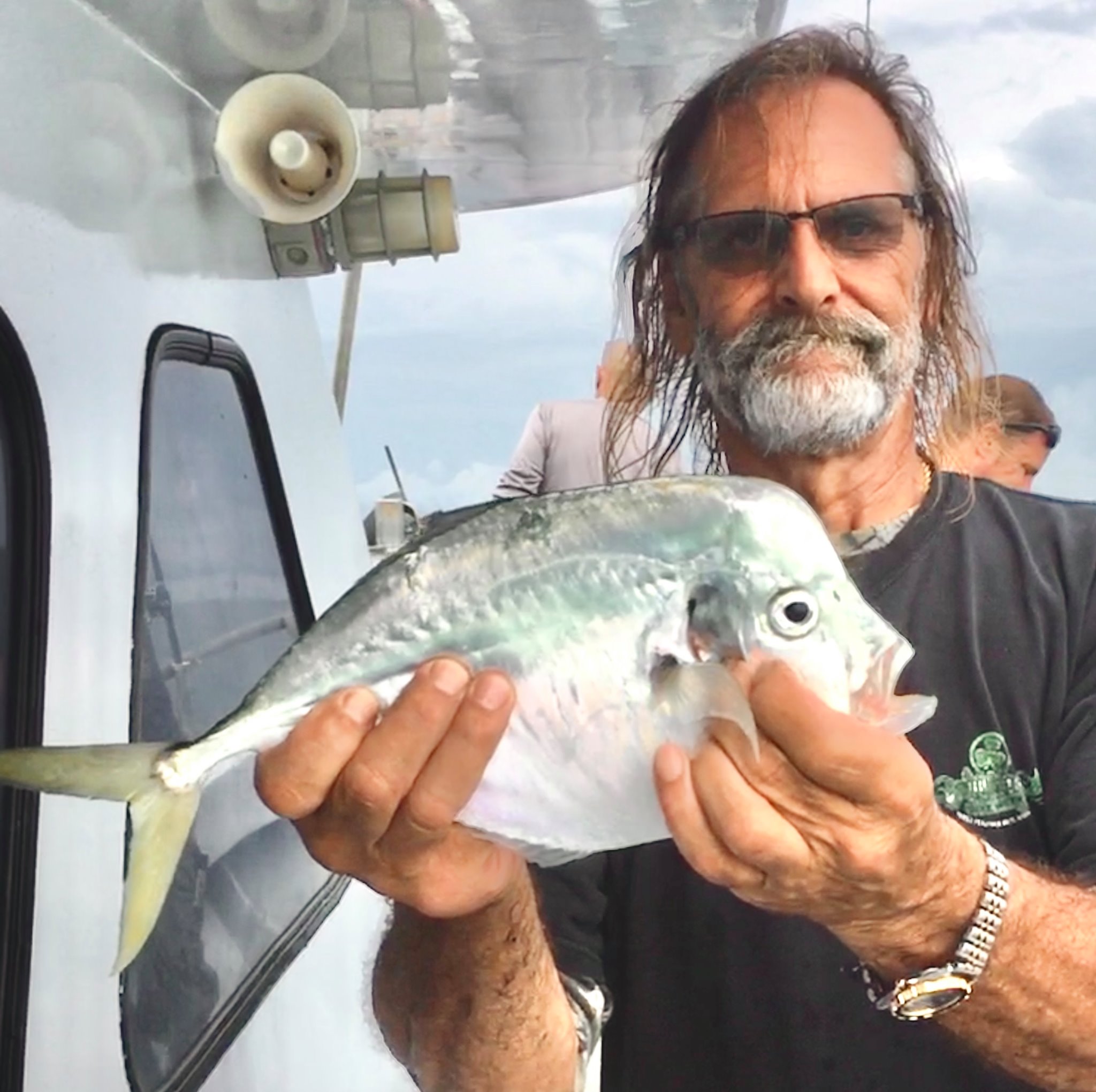 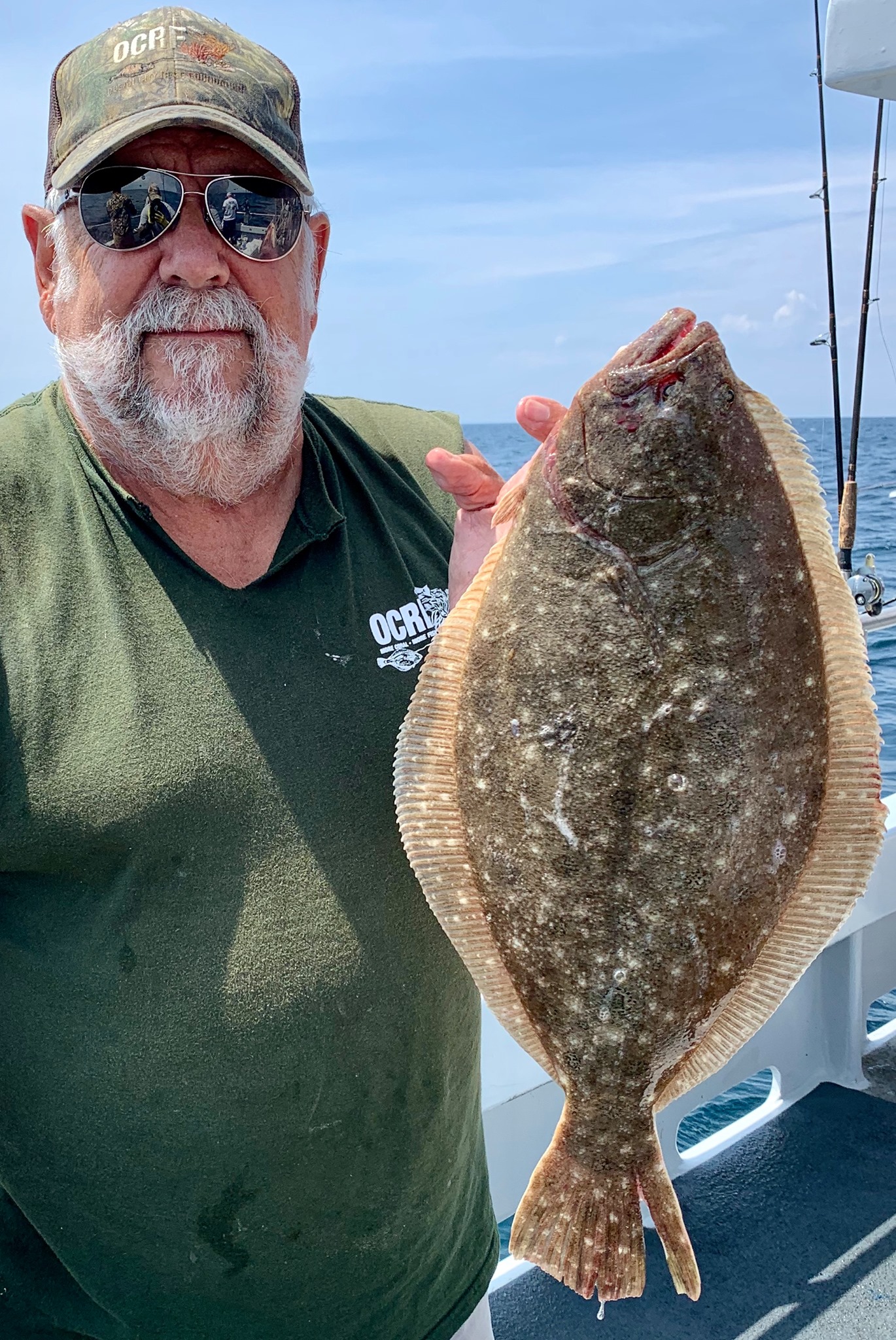 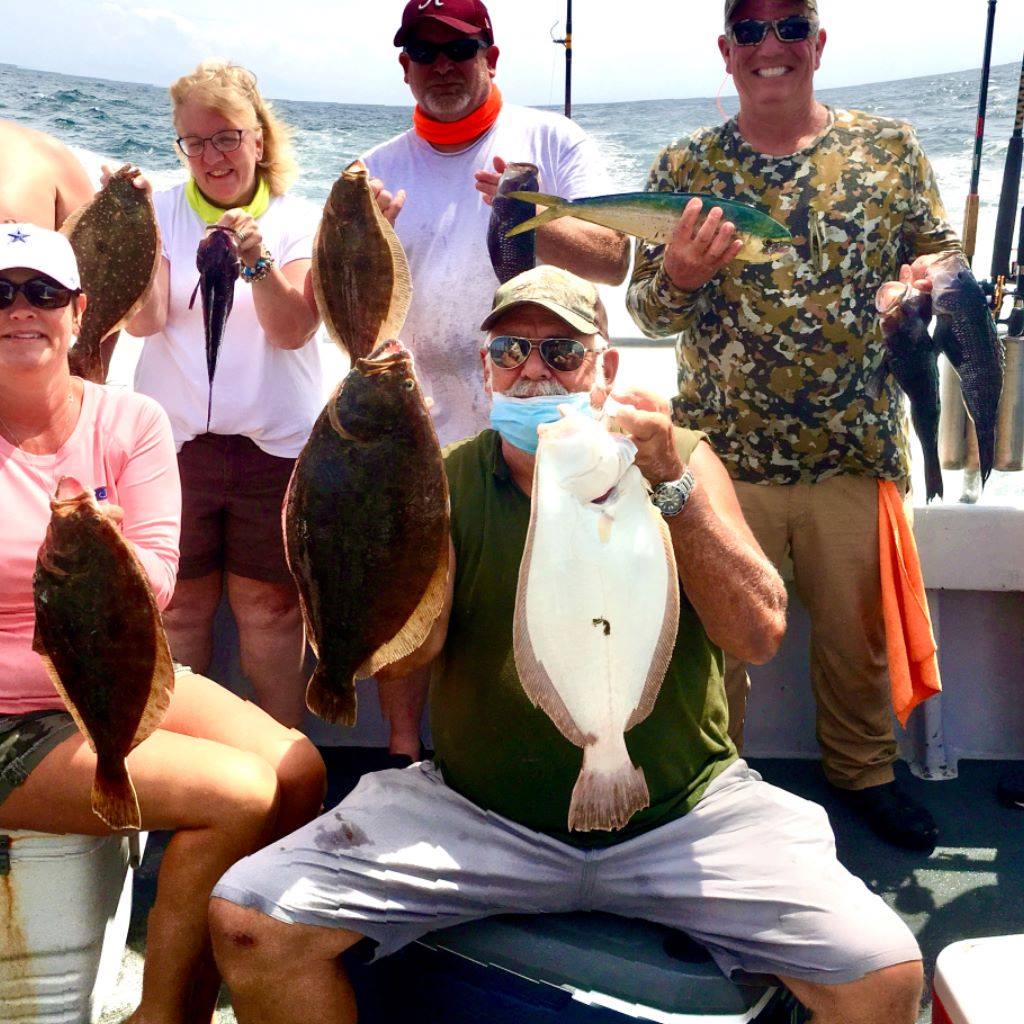 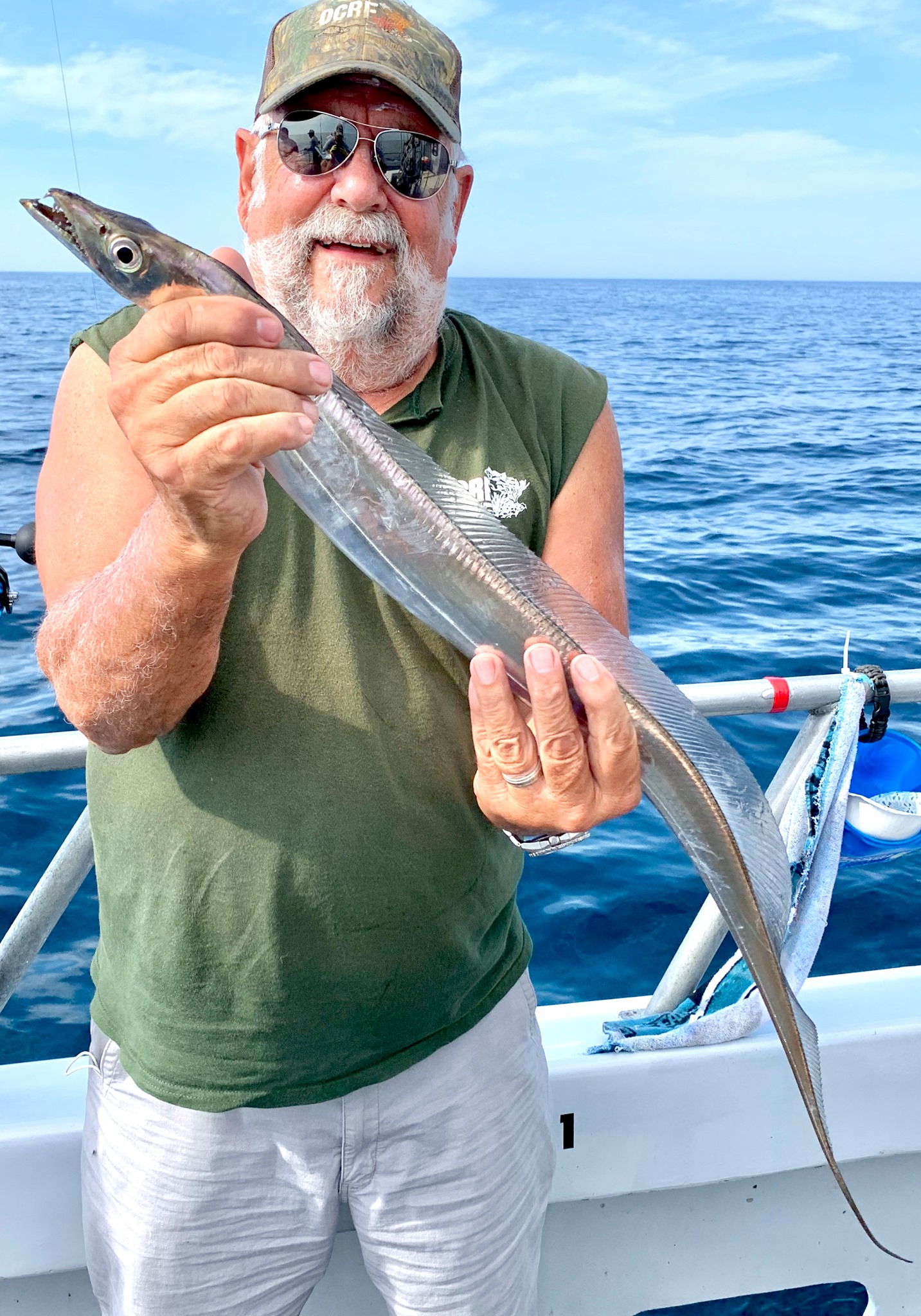 Great fishing today despite the crappy weather this morning. Left the dock late…

Great fishing today despite the crappy weather this morning. Left the dock late…

We were able to get three trips in since my last report, we’ve been in a pretty …

Beautiful day with a decent bite just had to weed through the shorts. Had a mix…