Opened July 4th and 5th to regular sea bass trips today. Rest of Sun/Mondays will be special trips or just days off..
?Nice bunch of regulars aboard this day 7/29/21 – decent weather too. Guest reef builders Alex Saure & Nathan Oates of Fenwick Is dropped Reef Block #34,000 at Al Berger’s Reef N ..then we moseyed on off the beach a bit more. (see special Reef Report below.)
Fishing was OK in a summer southerly. Mike Oates, an OC local, boxed-out first at about 11:10.. He does that. Four more of today’s anglers followed suite by lines-up.
Long time regular Lucy Miller crushed all comers for the pool. I don’t think anyone even tried the scale. Big’un..
A new fellow dern near got the Barbie rod. You’ve seen them, a blister pack spinner with a Disney character or Scooby Do—little kid’s rod. Ignore instructions repeatedly to where you’ve really messed up one of our rental rods 2x and, oops, you get the pink zebco. I used to believe you couldn’t backlash braid.. Oh yes; yes you can.
Crazy thing about the barbie rod? It works. Loaded with 20lb braid and a 6oz sinker – catches OK while always bringing a laugh; and, suddenly, an angler much more attentive to mates’ fishing instructions.
34,000 Blocks below…
Monty

Reef Report 6/29/21
Greetings All,
Really is our smallest reef building project—far and away our least expensive too!—but I like to mark the Reef Block project’s milestones. Thirty-four thousand is such a place. Lot of truckloads; lots & lots of block contributions!
We’ve rarely had to buy reef blocks since word’s gotten around to plants & yards in the business. When they pull block off inventory, we turn it into coral substrate. Fish sure won’t care whether colors & style match!
Numerous small contributions have aided the effort as well – from one to a couple hundred; we’ll sure take em offshore.
A few hundred blocks won’t build reef, but a few thousand will!
Takes a while doing 20 or so a day. Every now and again we take a couple hundred in one shot.
Works..
More coming too.

Capt. Darrell Nottingham will have a reef named after him before fall has passed. Its never a sure bet in this business until it’s on our mooring, but a large east coast towing company has offered us a 140’ (about) barge that was only used to carry freshwater to ships.
Woah! Nice to have zero cleaning! (large ships cost millions to clean to EPA specs..) If there’s anyway possible I’ll have 6 or 8 truckloads of cement pipe loaded and anchored tightly w/cable before sinking. Barges make great reef. Barges with concrete? Fantastic!
I’m also awaiting news on a pair of 70’+- tugs in the Chesapeake for the Arnold Family Reef Project. Should head into the next step soon.
There’s a barge at Aberdeen Proving Grounds that keeps popping up. May end up a project.. Imagine if they decided to clean up and reef all that surplus and target material at APG.. Shewww…
Then there’s the Pyramid Project.. Bear Concrete is cranking em out now (Thanks Nicky!) as is Atlantic Concrete in Dagsboro (TY Jon & Frank!) and Gillis Gilkerson, (Thanks Dwight & Bruce!) a large local region firm.. Now too they’re joined by another large firm, larger, that’s testing the idea to see if it meshes with their plant..
Fingers Crossed!
There will come a day when waste cement formed into pyramids will be making not just coral reef off the coast, but providing oyster substrate as well.

Haven’t had a “Reef Dinner” in two years. Putting fund raising emphasis on our Benelli Reef Raffle. Dang sure I’d like to ramp this raffle idea up even more. We’re doing a weekly winner and two t-shirts with a grand prize New Years Day.. There’s room for this to grow!
Pulled three tix last Sunday night for our weekly winners. Rusty D got to chose between deep diving lures contributed by Ben Feezer or a trip on the Morning Star contributed by Walter Moore. The lures remain in the prize pool. It’s Rusty’s second win. Steve C won his second t-shirt: for both of them the next win’s a sweat. (then they start over!) Hurricane Murray pulled his first win for a t-shirt.
The July 4th Drawing will be for a Diawa Saltist 15H and Shimano Trevela rod combo contributed by the Morning Star crew. Promise – it’s a sweet rig for local reef fishing. I’d use it myself if I wasn’t raffling it off!
If you’ve anything to contribute to the weeklies, let me know via email and we’ll sort it out. Got a call yesterday; headed over to AllTackle today to see what they have for this Reef Fundraiser. Have a custom stick coming from Brian Mullhausen; Seabass Bob just donated one of my all-time favorite St Croix sticks. Going to be lots of great Sunday night drawings!
Raffle tix can be bought online at ocreefs.org. or at Raceway Citgo. Want to sell some? Help!
Grand prizes are a pair of top-shelf Benelli 12gauges including an 828U over/under.. Pow!! Weekly winners (30 some remaining drawings!) go right back into the raffle pool.
If I forget you in anyway in any communication? Remind me! Busy as a one-legged man in a butt kicking contest.. Every now and then I need a swift kick myself!
Regards,
Monty 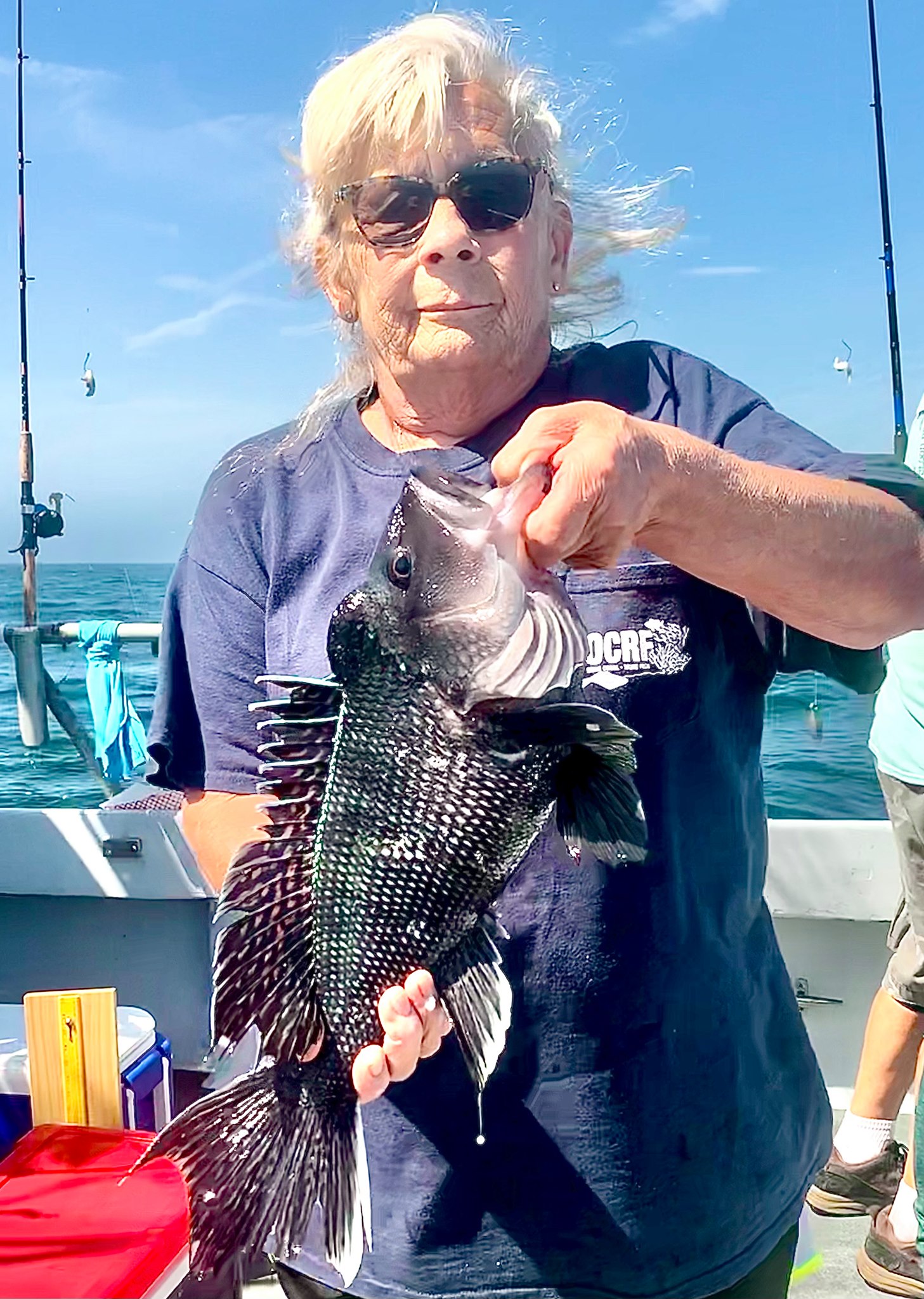 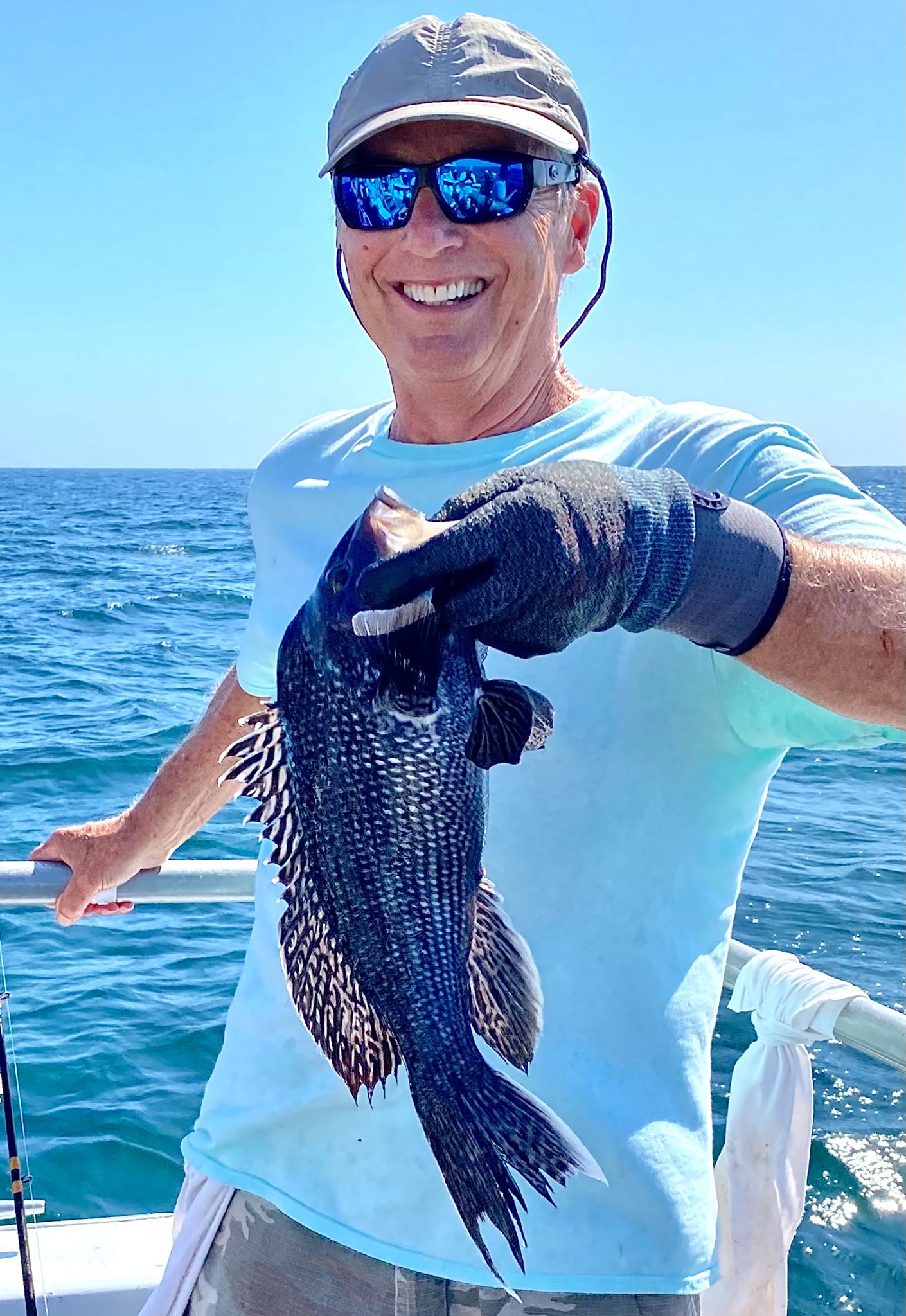 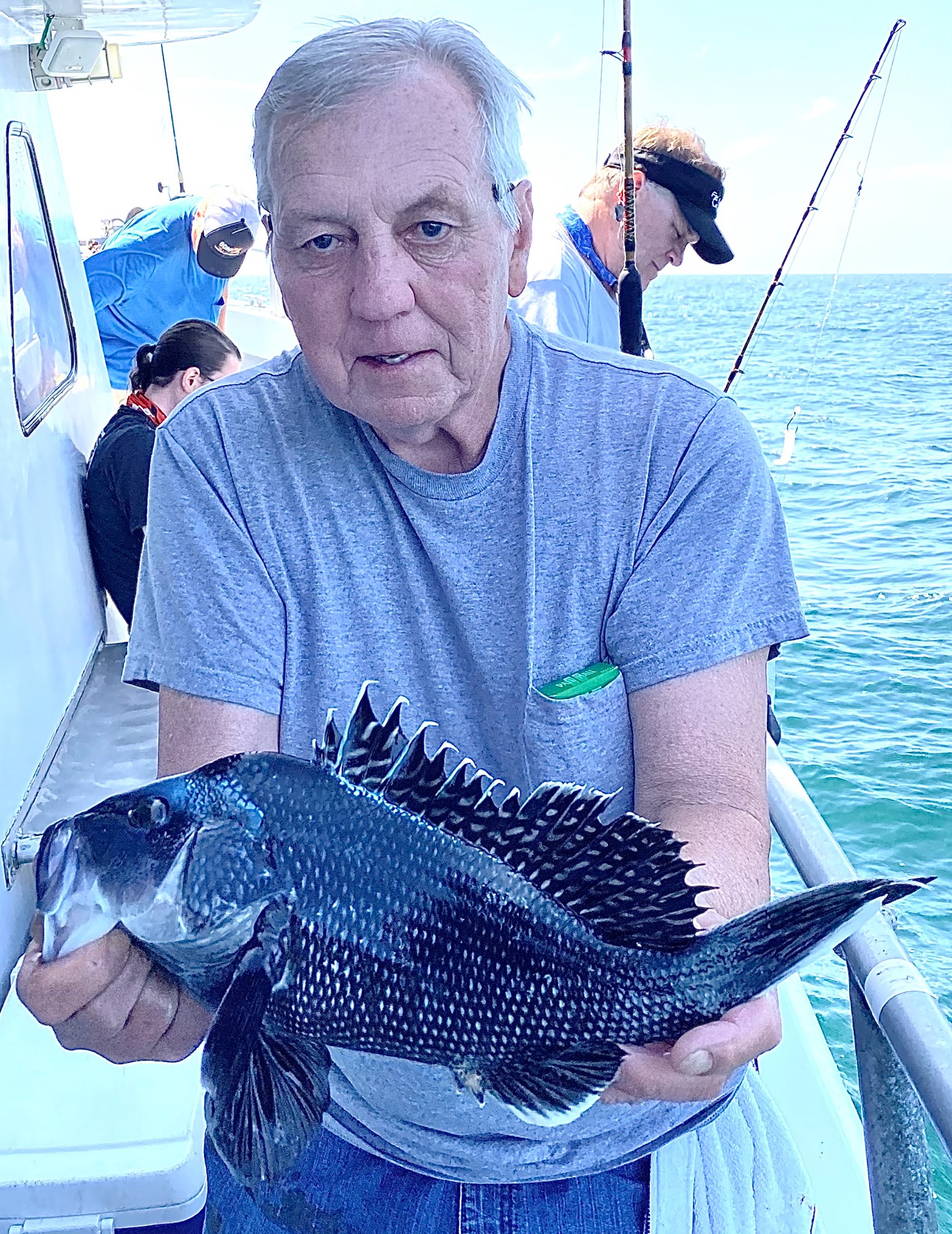 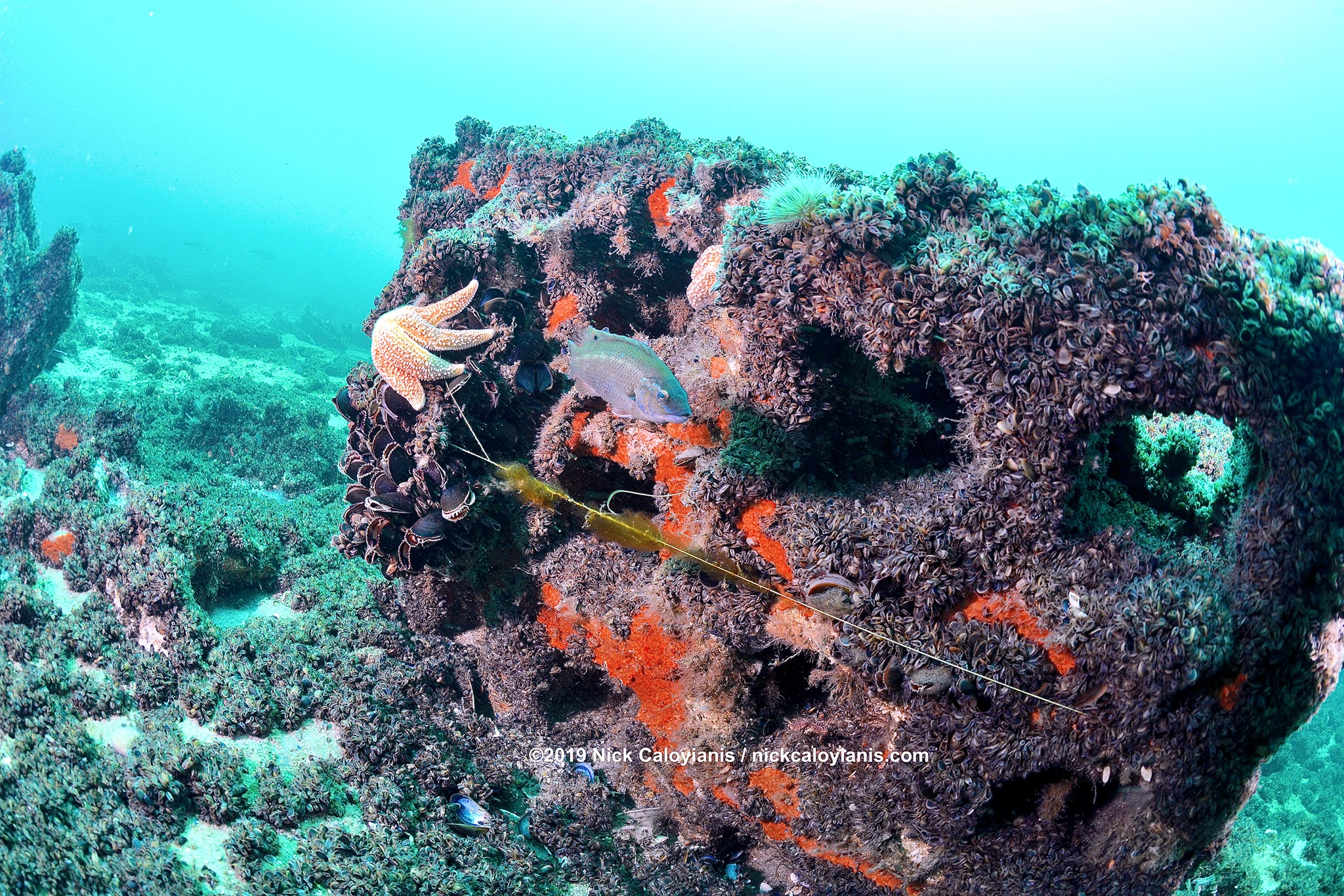 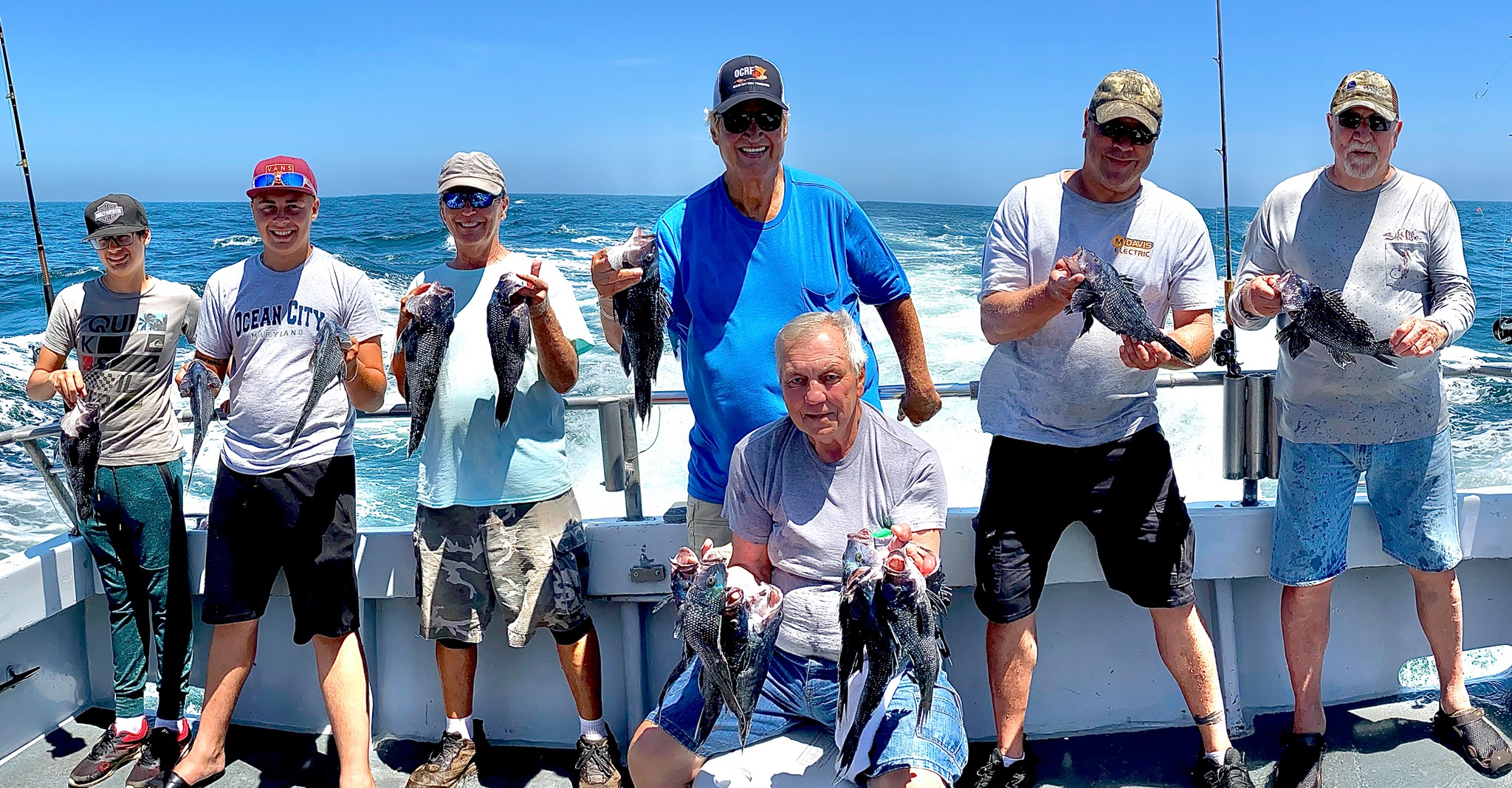 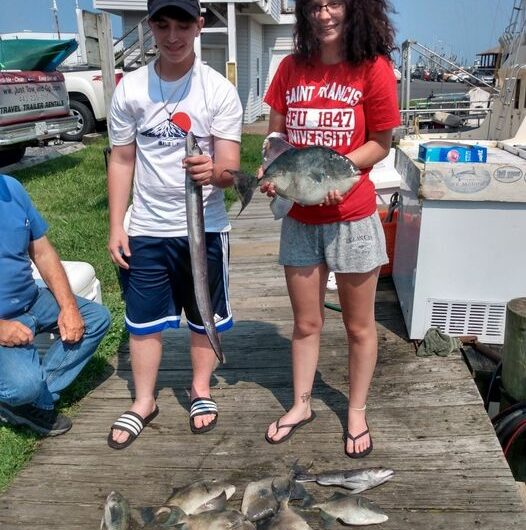 couple short flounders and some seabass on todays 8 hour shark/ wreck trip. no … 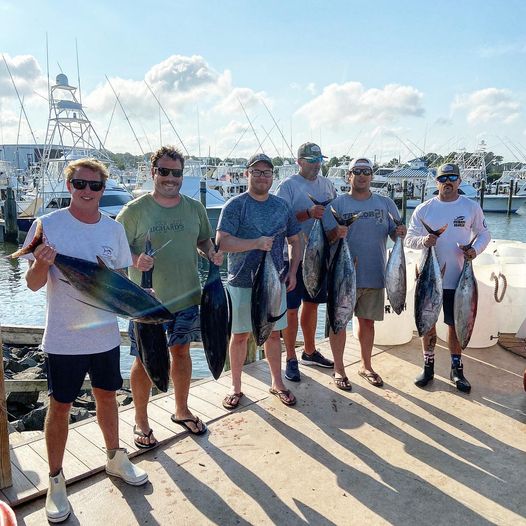 Tuna fishing with the boys. America’s greatest past time. Grateful to be able t… 1 min read

Tuna fishing with the boys. America’s greatest past time. Grateful to be able t… 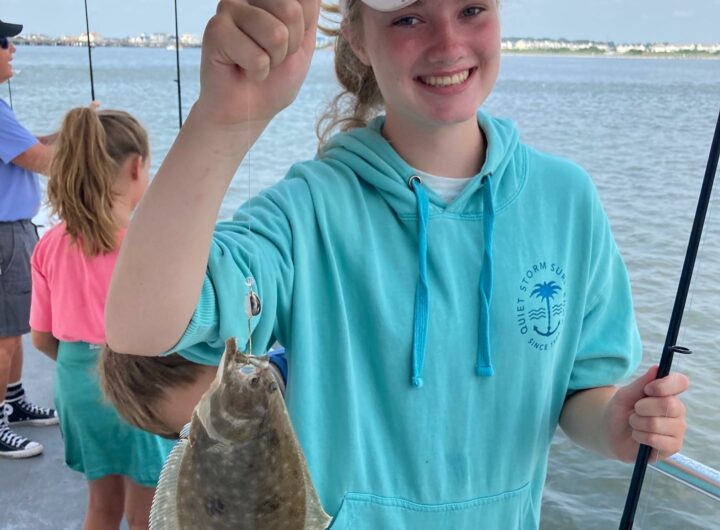 Great morning of fishing on the Bay Bee! Join us for half-day trips throughout … 1 min read

Great morning of fishing on the Bay Bee! Join us for half-day trips throughout … 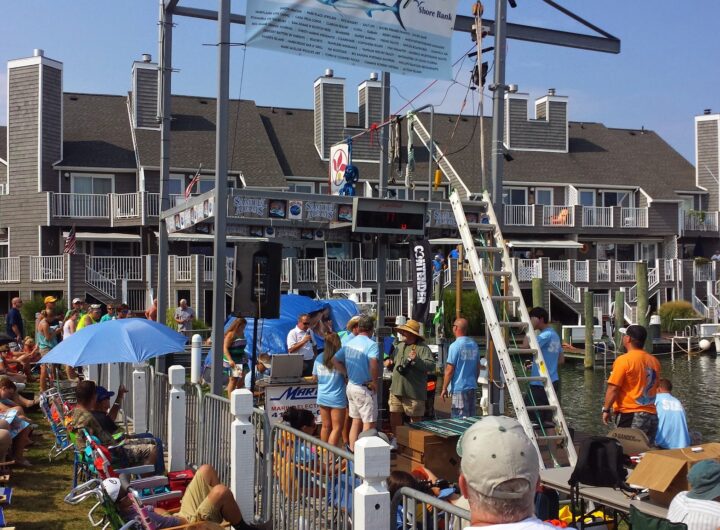 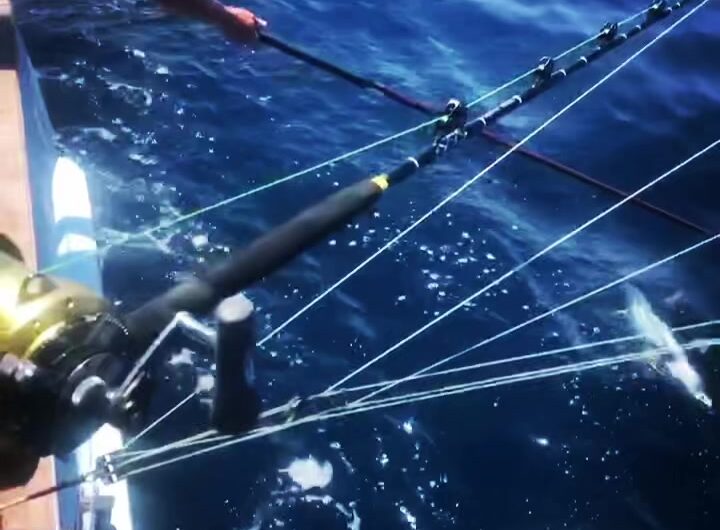 FISH OCMD 1 day ago
Hooked on OC and Fish in OC are run by Dave Messick and Scott Lenox. Due to som… 1 min read

Hooked on OC and Fish in OC are run by Dave Messick and Scott Lenox. Due to som…

couple short flounders and some seabass on todays 8 hour shark/ wreck trip. no …

Tuna fishing with the boys. America’s greatest past time. Grateful to be able t… 1 min read

Tuna fishing with the boys. America’s greatest past time. Grateful to be able t…

Great morning of fishing on the Bay Bee! Join us for half-day trips throughout … 1 min read

Great morning of fishing on the Bay Bee! Join us for half-day trips throughout …