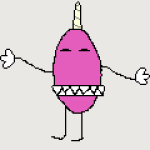 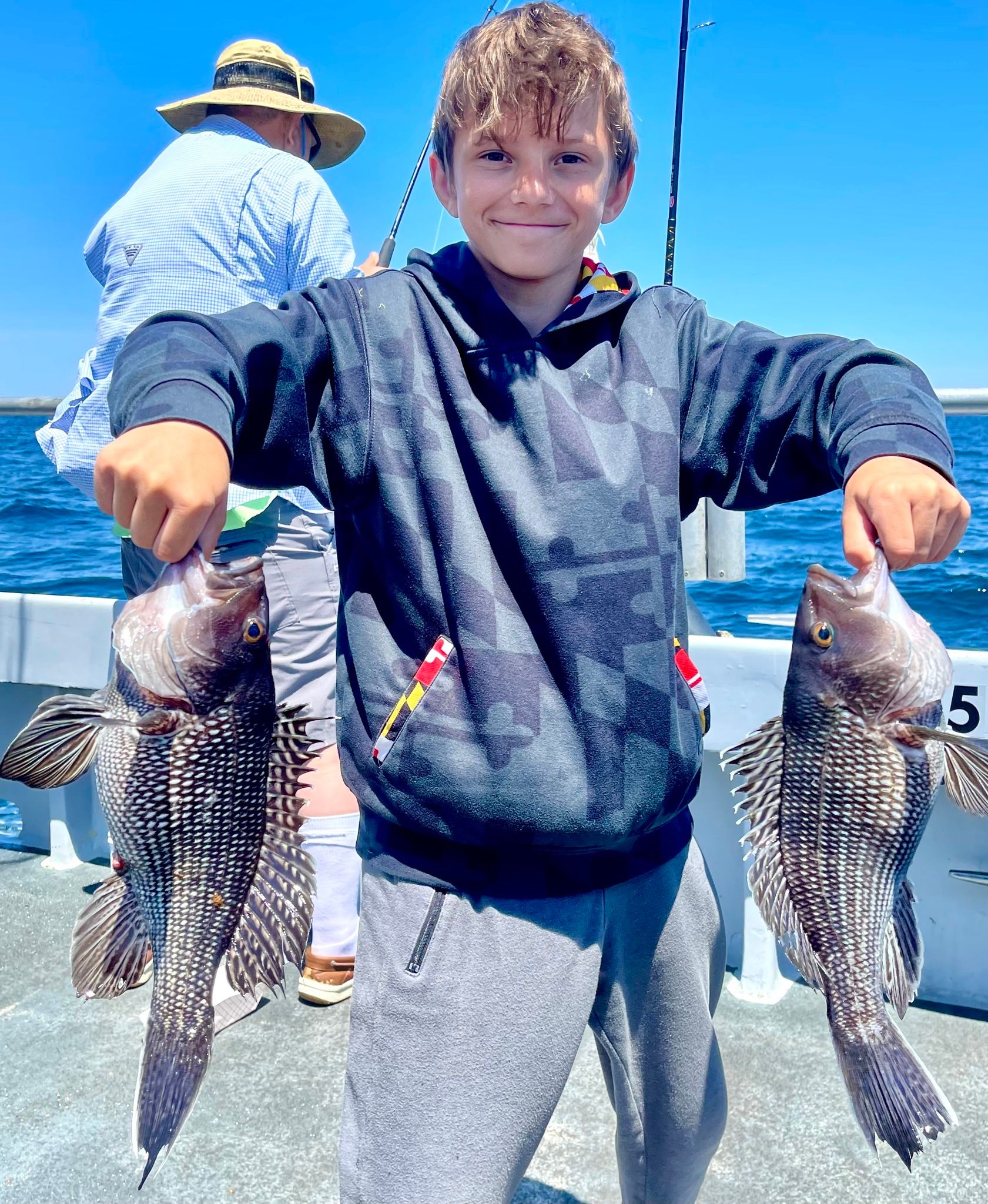 Sea Bass 7/4/22
Wow.. What a gorgeous morning and fine Independence Day. Started as a flat calm Mid-Atlantic summer morn in light westerlies; became more akin to a New England day before lunch with ten knots of cool north east wind.
I call these light N/NE winds a “tuna wind.” Probably bite better still in a stiffer NE wind but it doesn’t take much from the NE to make the ocean untenable for 55’ craft like mine.
Ah well, radio abuzz with yellowfin tuna being hooked; I had hoped for an inshore bluefin bite on our way out. It was not to be. After Wendy sent todays reef to the bottom we set our sights on sea bass instead.
Derned things bit wonderfully yesterday. Today we had to work for every one until noon, then they came on a bit. Stephen from Dayton OH boxed the day’s big one.. Variations in the bite are the nature of fishing I suppose.
Well, it’s the nature of fishing while being managed with MRIP recreational catch estimates anyway.
Believe me, sea bass are the easiest fish in the sea to manipulate for maximized spawning production. Just make em think there’s been a catastrophe and they’ll do everything they can to fill all possible habitat with their kind.
You can catch double keepers on bare hooks if managed right.
Yes, I’m positive.
In 2003 I would often have clients begin fishing with bare hooks.. What fun to hear old men giggle like school girls..
Spawning Production Makes Abundance!
But when we let em grow big? ..then little guys no longer participate in the spawn. Might even be killed if they start to turn male too soon.
Probably.
A scientist described larger males ‘using their front spines to blind smaller males.’ I’ve seen some small males blind in one eye the last 40 years. That conversation explained why.
Is it not so in all of higher order biology? From tiny frogs to bison & elephants – male dominance is decided in combat.
But if there are no big sea bass about? Everyone spawns! And the whole thing works because of habitat fidelity.. The inshore reefs with incredible fishing pressure USED to create the most production.
Now they’re all but dead.
When ALL the throwbacks are in the spawning class – their population climbs.
When all those inshore throwbacks fear for their health if they mature?
Production is minimized.
It would help to know sea bass can and do change sex. If there are not enough males on a reef, some females change to balance it up. Most cbass, in fact, start life as female. It’s size limit regulation alone that would allow us to force a good percentage to become male at age one rather than age 3 or even 4.
I can’t guess what the states with a 16 inch size limit do to that transition. You can bet, however, it grossly minimizes spawning production.
Some will say “BOFF!” ..as in Big Old Fecund Females (fecundity being makers of/a measure of many eggs). Since the size limit hit 12 inches in 2002 we’ve regularly had larger females than scientists even thought existed in the literature before — but spawning production lagged unless even the smallest sea bass were participants.

Never mind actual production creating millions more sea bass. Our system of fisheries management demands use of recreational catch data with such gems as 170,000 lbs of MD Shore cbass (about 4 or 5 years of all MD Party/Charter catch as measured by daily reports.) That outrageously huge “shore only” catch was estimated from Maryland in 9 weeks.
We found one guy who’d caught a keeper sea bass from shore..
NOAA said they averaged 1.4 lbs.
His wasn’t.

No one else in MD—neither Party/Charter nor Private Boat saw a spike in landings. Best Buy & Sam’s Club would have had to ship freezers in from all across the country so our shore anglers (and only our shore anglers) could put their bonanza up.
Regular readers will be well familiar with that estimate. I have hundreds more. Thing about this one? It’s small but blatant. These recreational estimates are often off by millions of pounds. That’s precisely why our season was cut short & our size limit went up this year.
We have it far less punishing along DelMarVa. In New York,for instance, they’re down to three fish for summer with an enormous 16in size limit.
The sea bass fishery there, once of vital import to party/charter, has been stolen by bad data.
Ours is being nicked away at; it’s production gutted.

I took nearly two months off last winter into early spring to fight those estimates. Reasonable people see validity in my arguments. We have a new slate of fisheries scientists and data specialists who took interest in my work. I met with them and thought I’d made progress.
Now I’m not so sure.
Administration after administration has seen this issue and begun to take action – then the data gets worse.
Lots worse.
Previously (for decades!) I was told by the boss of NOAA’s rec data; “If any adjustment is made, catch will go up.” It was a threat – a threat made good on time after time.
Now those people are gone.
Or are they?

Patch after regulatory patch has been laid on ruptures in recreational fisheries caused by bad data. In fact, several council members have told me ‘most of the work we do is trying to smooth out MRIP’s (rec catch data) screw ups.’ I bet so too. The greatest of these regulatory patches is soon in play – the recreational fisheries management reform amendment has passed and will be employed.
It’s still going to use NOAA’s catch estimates though, if only partially. What could go wrong?

I was confident simple inquiries from Senators would provoke change.
Was.
I have no indication any were made.
Whatever it is that allows perfectly ludicrous data into our regulatory process has not been repaired.
Not even a little bit.
Promise.
Watching..
Regards,
Monty