Tog 1/8/21
I shortchanged George a whole pound.. 18lb7oz Dock weight..
A small but confused sea greeted us at the inlet this morning. Dropped blocks on Capt Bob Gowar’s Reef and headed on off.
Cloud break at the horizon about custom ordered, I thought the entire understory might light up. Was an OK sunrise but not as grand as I’d hoped.
First double anchor set found a fair north current and a weak bite. With all my tog anglers aft the cabin doors I sent mate Vic forward to find out what was piled-up on my screens. He dropped down into a vicious bite of small cbass—4 drops, 4 instant hits ..then our smallest baleen whale showed up. I’d never seen, (well, confirmed,) a minke whale off here before. This one circled the boat numerous times, often surfacing nearby. Identification via size, pectoral fins, & dorsal was straightforward.
Now, this fellow’s a baleen whale, our smallest baleen whale. Books tell us humpback, fin, & right whales filter krill to feed. I’ve observed fin & humpback numerous times feeding on dense schools of menhaden also. With bunker flying everywhere as humpbacks lunge above the surface mouths wide open; certainly appeared to be.
Might whales also feed, if only opportunistically, on sea bass and scup? Even in my time I’ve seen schools of sea bass stretch a quarter mile or more. A dense school up to 50 feet off the bottom isn’t at all unusual. Take away the short period of time man has been over-extracting and I can envision miles-long shoals of cbass.
I wouldn’t think of minke as a noisy echolocating hunter.
However, I’ve seen sea bass and sea trout (weakfish) turn off as dolphin approached—not always, just sometimes. And I’ve seen vast swaths of ocean become devoid of sea bass and fluke as survey boats running sub-bottom profiler gear for months (which some knowledgeable people have told me may mimic echolocation in grand scale) these survey boats cleared the MD Wind Energy Area of all fish I target from 2013 to 2016. In 2007 I witnessed the MD Research Vessel, Kehrin, (with my friend Rick at the helm) do the same in minute scale. The Kehrin was there to do a survey of the Jackspot artificial reef site; a prerequisite before we were allowed to build there. I’d laid out the coordinates for the reef personally and helped push it through the permit process. I wanted to “witness history” as he did that survey.
Anchored on a disaster-caused reef that June day in 2007, the wreck of the Cook; we had a hot sea bass bite as Rick came in on the first leg of his survey ..when our bite died as if by a switch.
It was a switch too. Soon as Rick shut off his sub-bottom profiler the sea bass bite resumed. It had only taken two minutes or less time I radioed him.
Sub bottom profilers create a noise the Bureau of Ocean Energy Management (BOEM) claims is “as quiet as a ship’s propeller” and could never affect vast areas of reef fish: I guarantee it shuts off the bite — either instantly if engaged nearby an active reef, or more slowly as a survey ship comes in from 7 or 8 miles & closing. Do it long enough in an area, even a 500sq mile area, and some species of fish will vacate all of that area entirely.
Promise. . .
Back to our little minke whale. The tog bite all morning was anything but stellar today. What little we did have quit as the whale circled. The sea bass bite was finest-kind, yet quit instantly as the whale came to us.
I had a gut feeling the whale had shut off an already lackluster bite and moved several miles.
Son of a gun followed us!
Unreal..
Unless you suspect I simply saw two whales I’ve never seen off here who were both not at all boat shy..
I think it was the same critter.
If I was a NOAA person responsible for survey permits I’d want to know if over millennia some species of reef fish (all?) have become instinctually wary of echolocation or any human mimic.
In Roger Payne’s “Among Whales” (my all time favorite whale read – a scientist describes what he saw but couldn’t scientifically prove..) Dr Payne described in fascinating detail how low frequency echolocation would work at grand distances as opposed to sperm whale or any dolphin’s point blank echolocation feeding.
Well, I’ve wandered quite a bit..
Although several of my anglers were skunked today (I keep telling folks! This fishery is tough getting tougher!) George Steiger of Belcamp MD had our largest tag & release of the day – a 21” F tog that swam away wearing a pretty ALS yellow tag. Courtney’s uncle, JoJo, also tossed back some legal females.
George and Scott Verdin of Chesapeake Beach tied for the pool with 28 inch tautog. Although George’s weighed 17lbs8oz (ocean weight) and Scott’s was 14lb13oz
I do tog pools by length so that released fish count just the same as one in the boat. Ocean weights are notoriously difficult even in calm seas..
Cheers
Monty 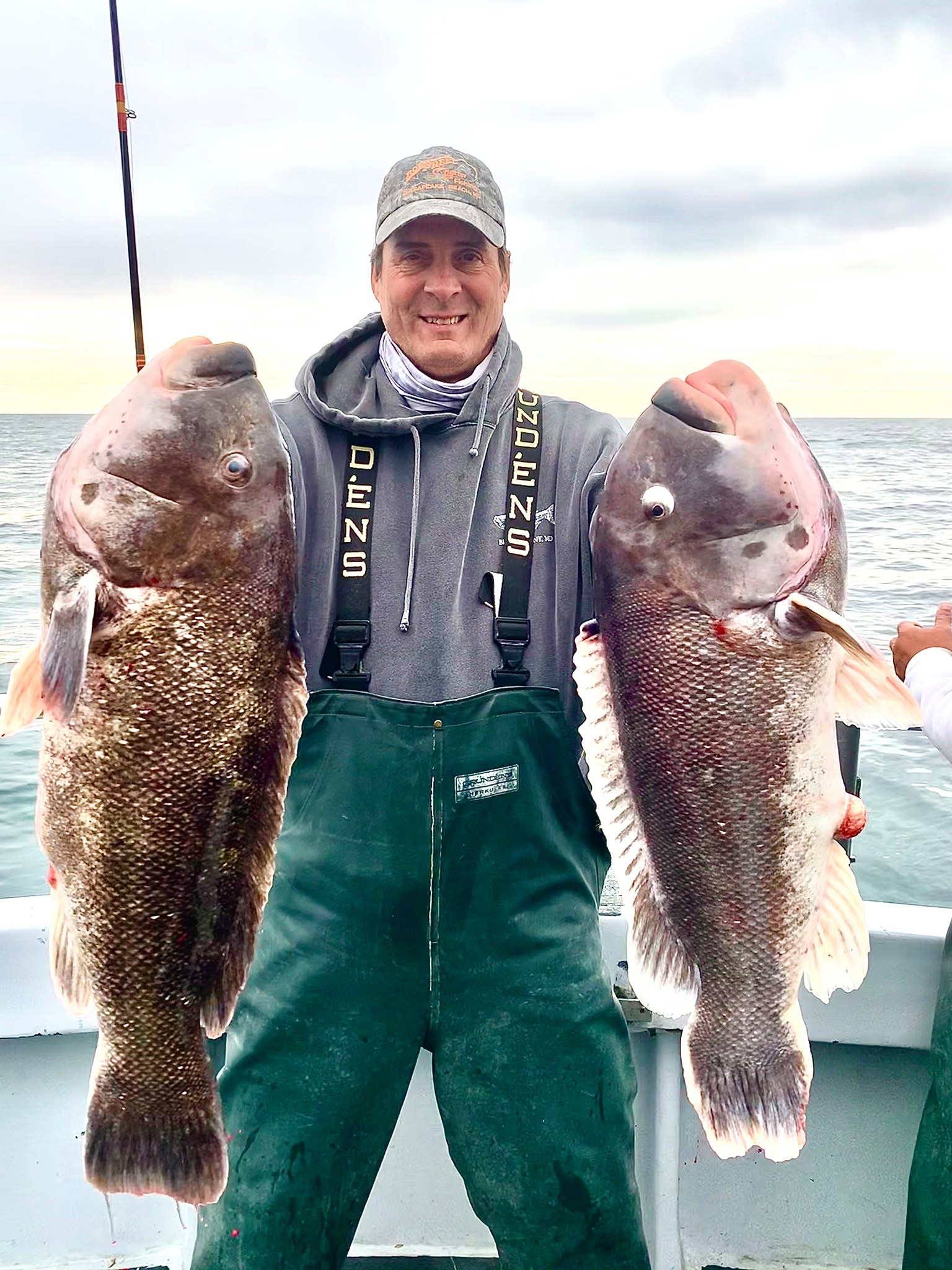 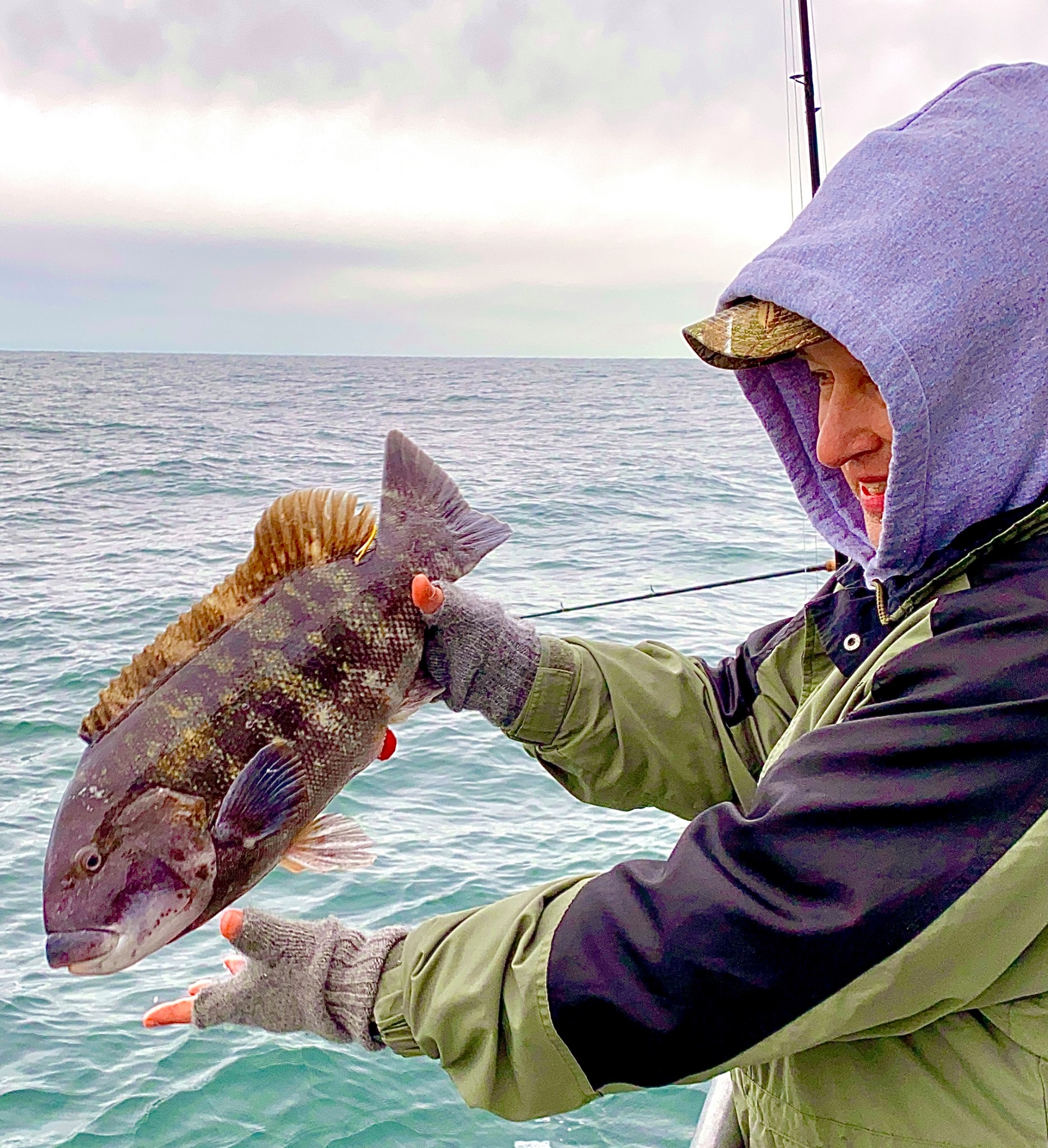 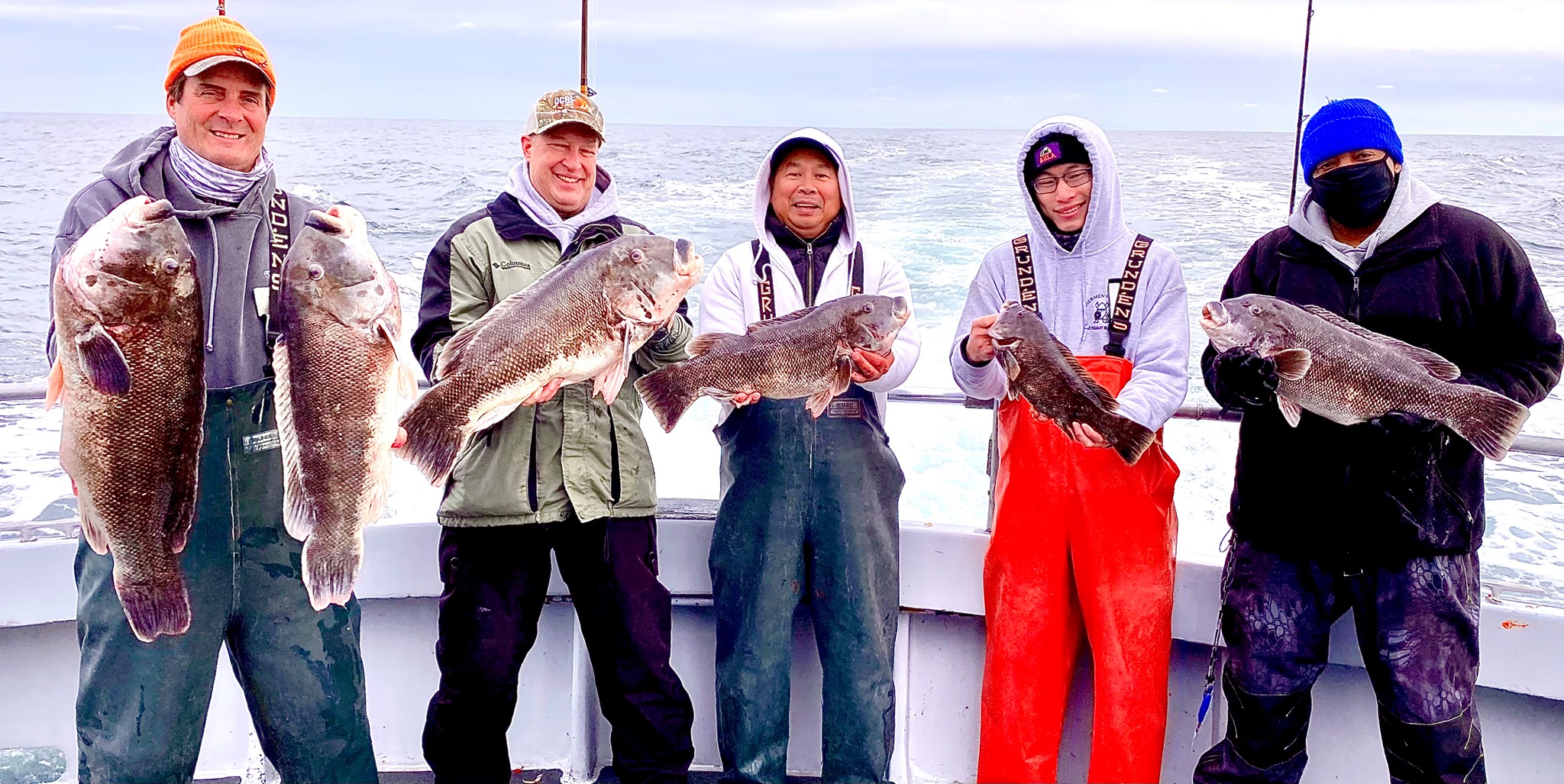 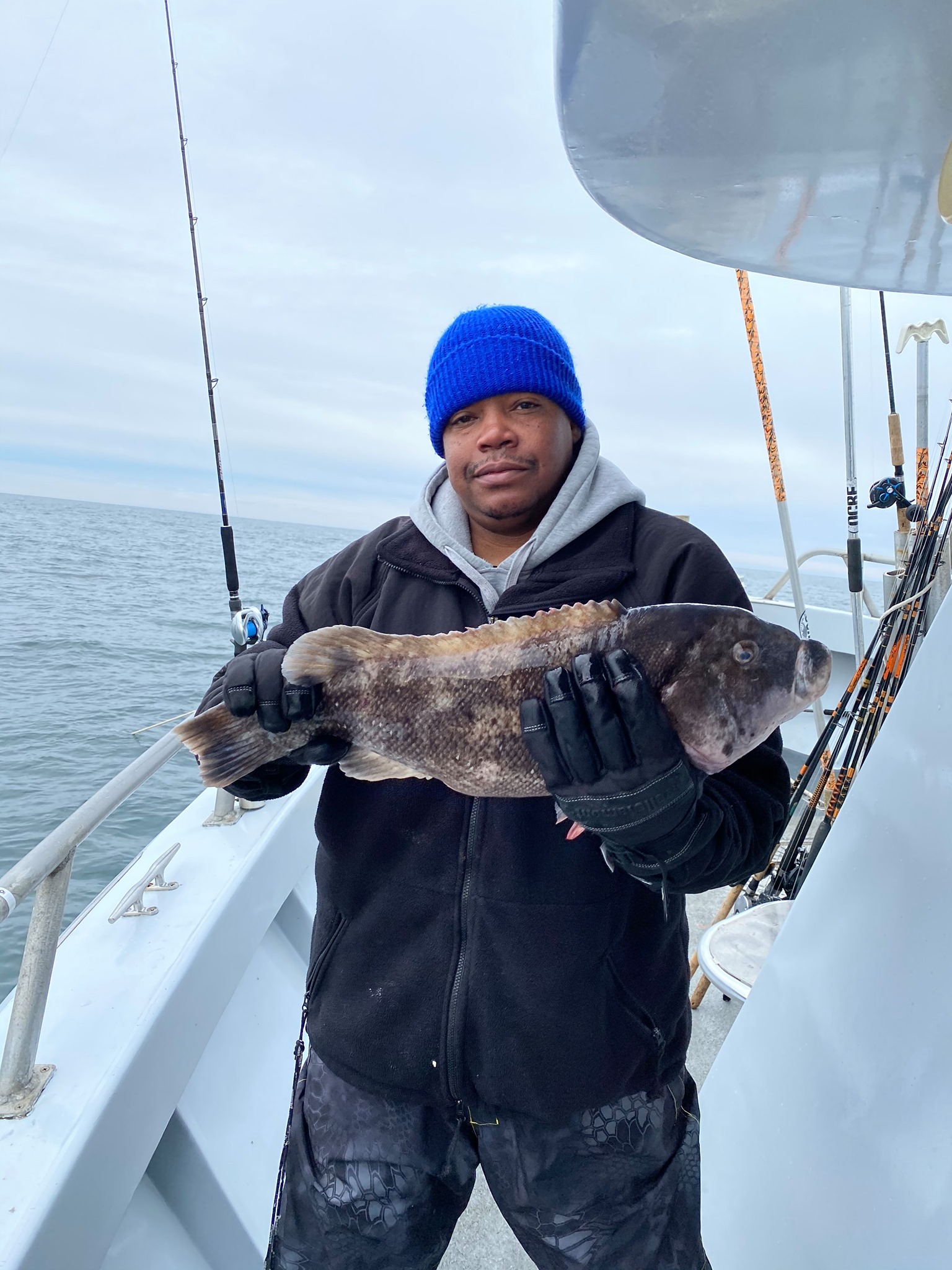 Great day fishing in the bay! Fish started to emerge..!

ITS OFFICIAL!! 393 Pound swordfish caught by Jeff Jacobs on board RoShamBo with…